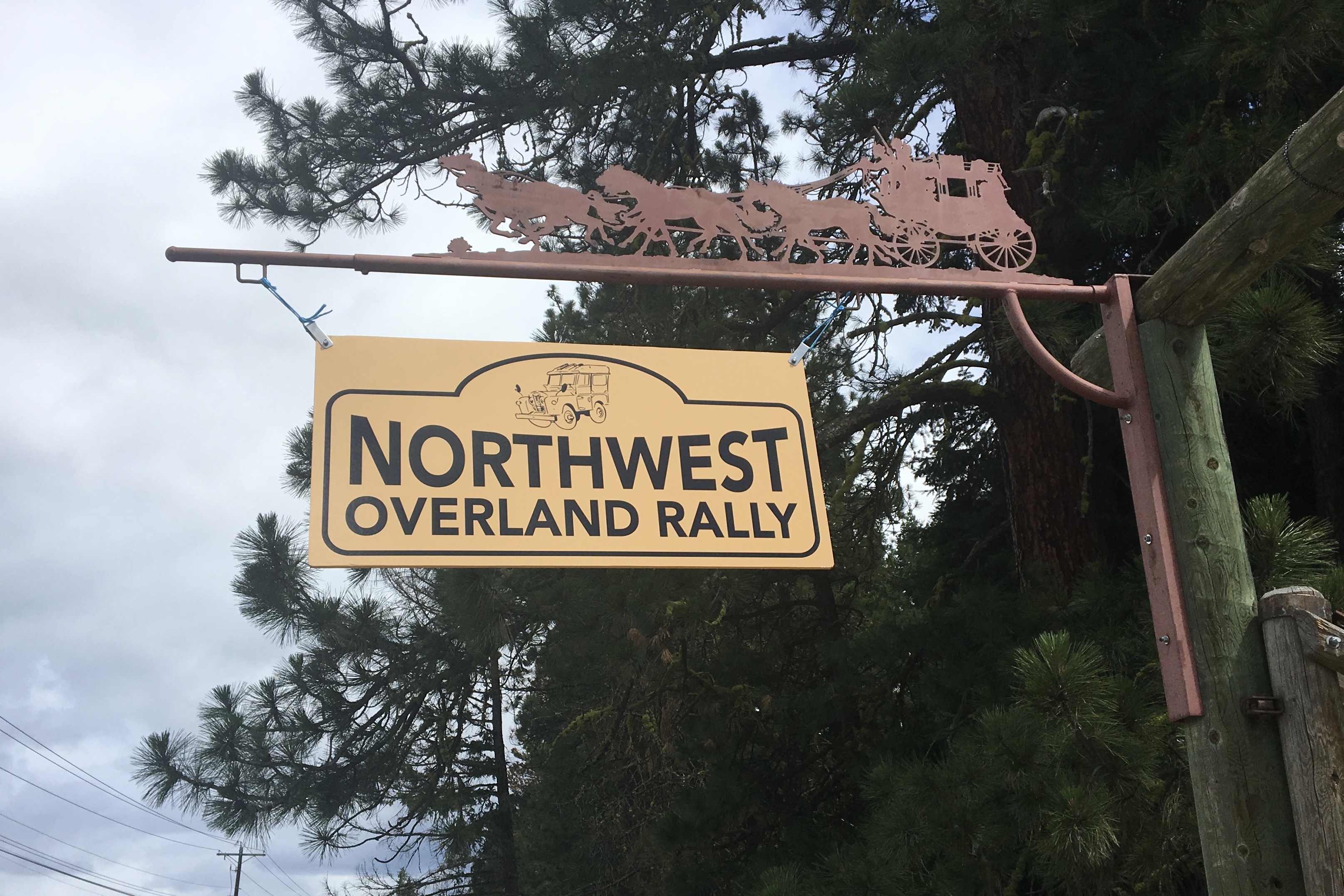 The ninth annual Northwest Overland Rally has just been completed and by all accounts the show was a big success. Over 130 vendors and 2,500 overlanders of all stripes attended the big, four-day event. Truck Camper Adventure was also there as a first-time attendee to cover the annual show.

The Northwest Overland Rally, held in Plain, Washington each June is a regional event. Founded in 2010 by the Overland Journal, the publisher sold the rights of the show in 2013 to a group of dedicated overlanders, who have essentially run it since then. The rally’s schedule of events includes numerous classes taught by expert instructors and supervised trail rides on the onsite vehicle obstacle course. Even though the show continues to grow each year, it still has a more intimate and personable feel compared to other shows like the larger, more established Overland Expo. The show even has several classes for kids.

“We love the fact that although the show has grown, it still feels like a fun weekend camping with your friends,” Ray Hyland, event sales and marketing director, said. “The community has really embraced all of the fun family and kids classes we put on, it’s fantastic to see so many families getting into overlanding.” 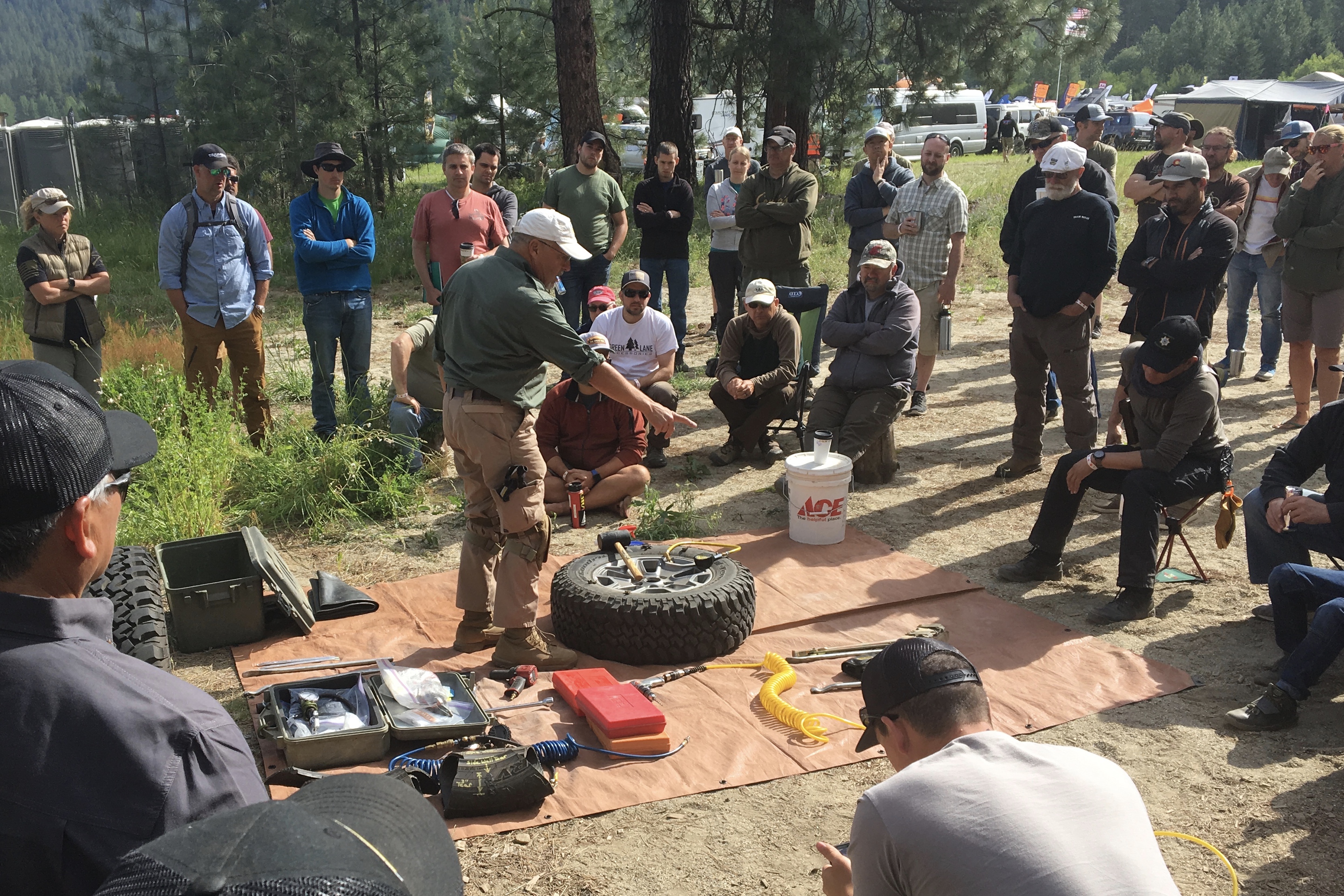 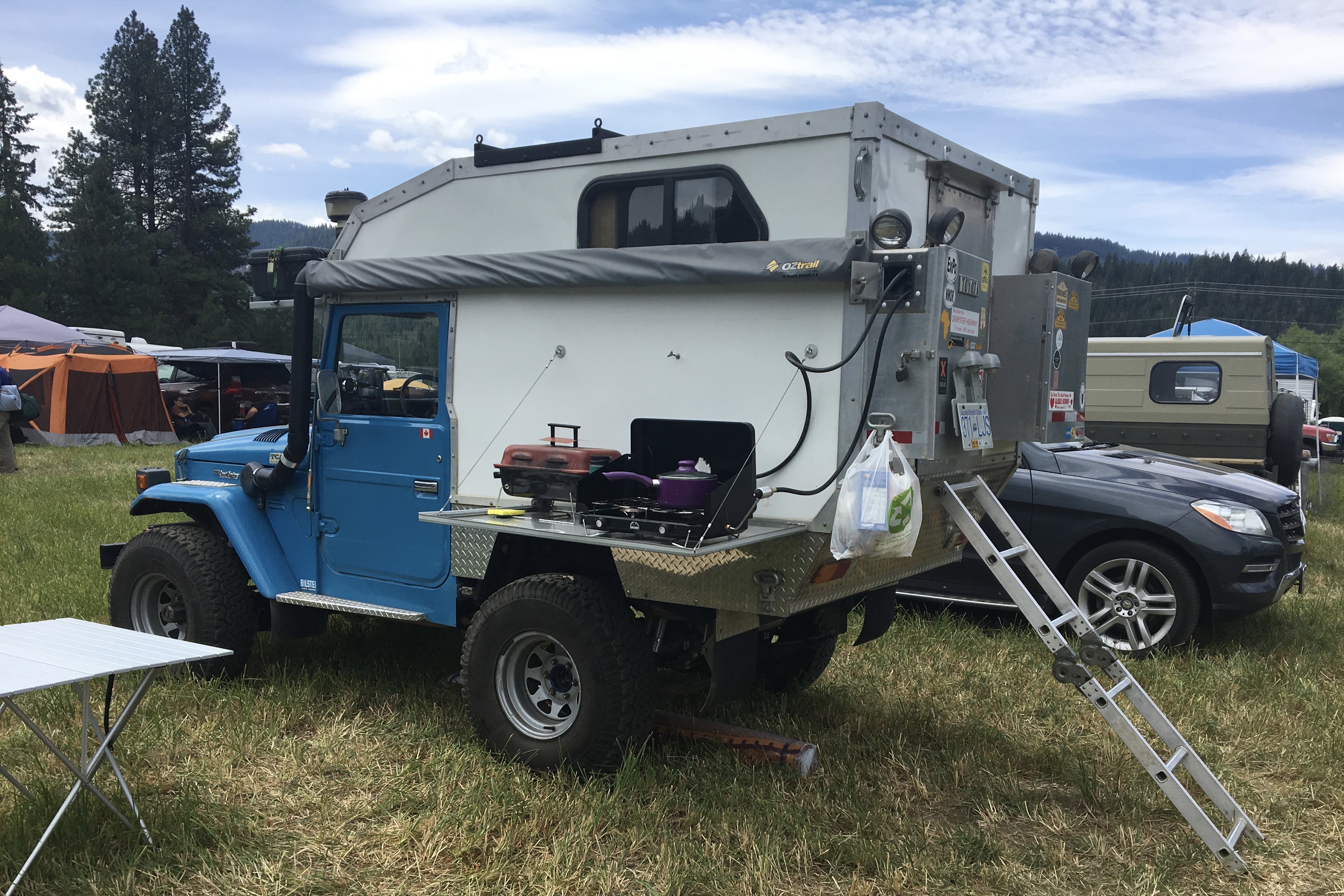 While the camaraderie of the Northwest Overland Rally remains a big part of the show’s appeal, the free nightly raffle held each evening is one of the rally’s most popular events. These products were donated by numerous companies supporting the big event.


“The free nightly raffle is now legendary,” Ray said. “This year we gave away two winches, two rooftop tents, a full set of General tires, and tens of thousands of dollars worth of cool gear.”

Of course, the location holds a lot of appeal to the show’s attendees. The rural community of Plain is only a few miles from Leavenworth, a popular Bavarian-style resort town, and is bounded by a national park, two national forests, and numerous lakes and rivers in the Washington Cascades. Like most of Washington state, this area is a paradise for outdoor enthusiasts and overlanders.

“The location is great. Plain, Washington is right on the outskirts of the North Cascades National Park, is one of the most wonderful areas in the country,” said Brent Baker, Director of Sales and Marketing for EarthCruiser USA. “This show is just really chill. It’s not overcrowded. It’s in a beautiful venue. Ray and Mario have done a fantastic job running the show every year. You actually have time to talk to people, you have time to really look at vendors and equipment, and you’re not rushed. And there’s a great campfire every night where you can win some cool prizes and just talk with like-minded mates in a very beautiful, gorgeous environment.” 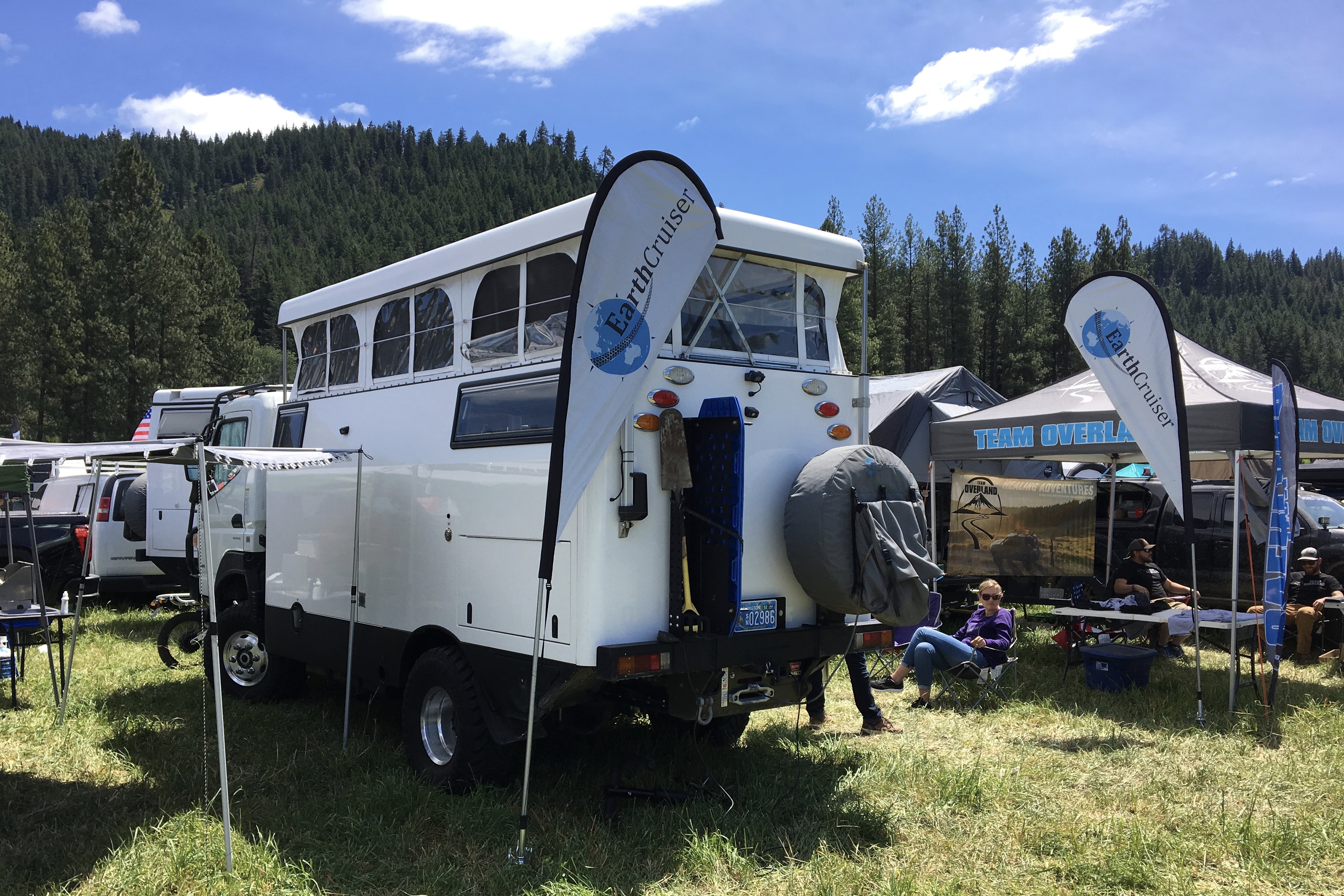 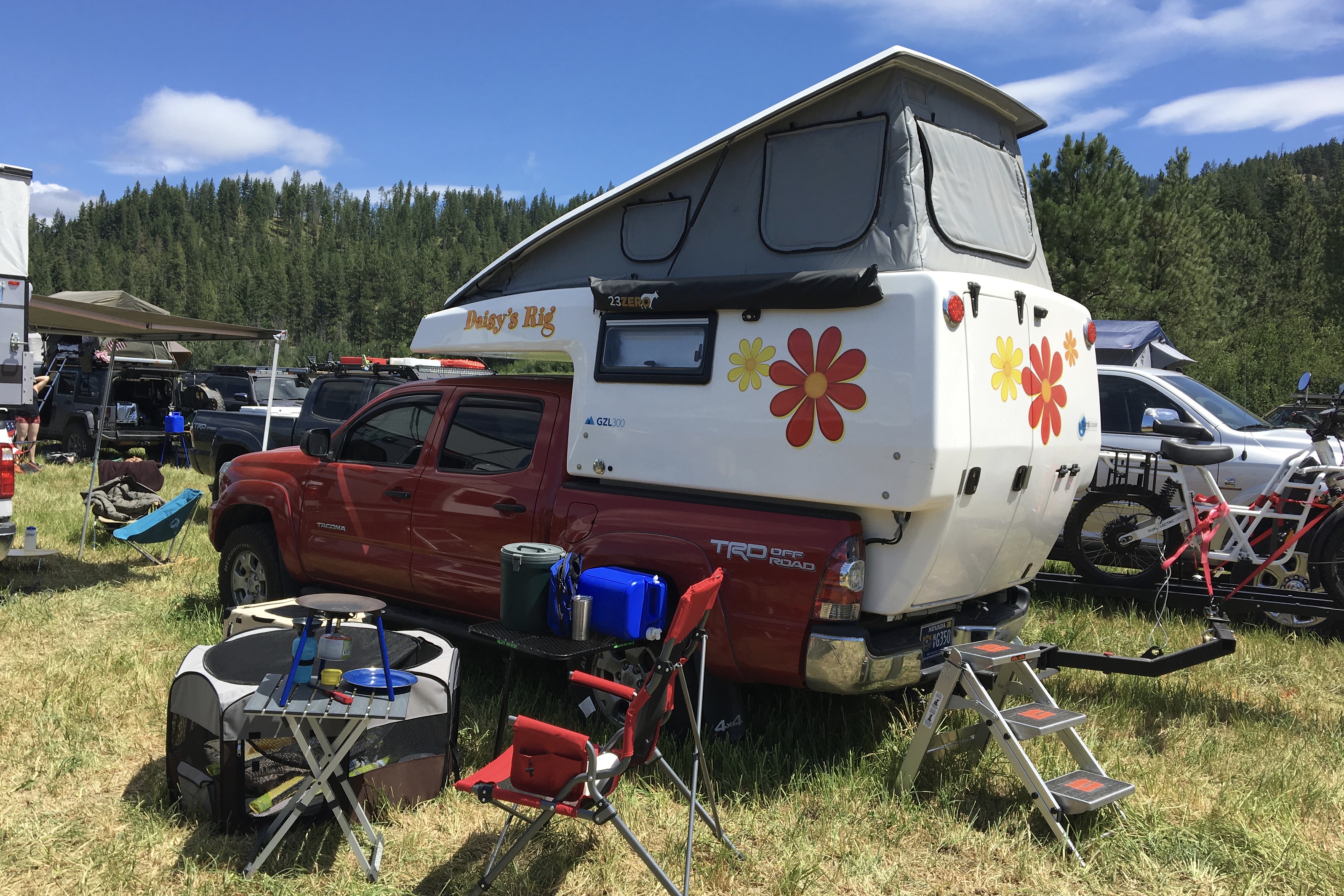 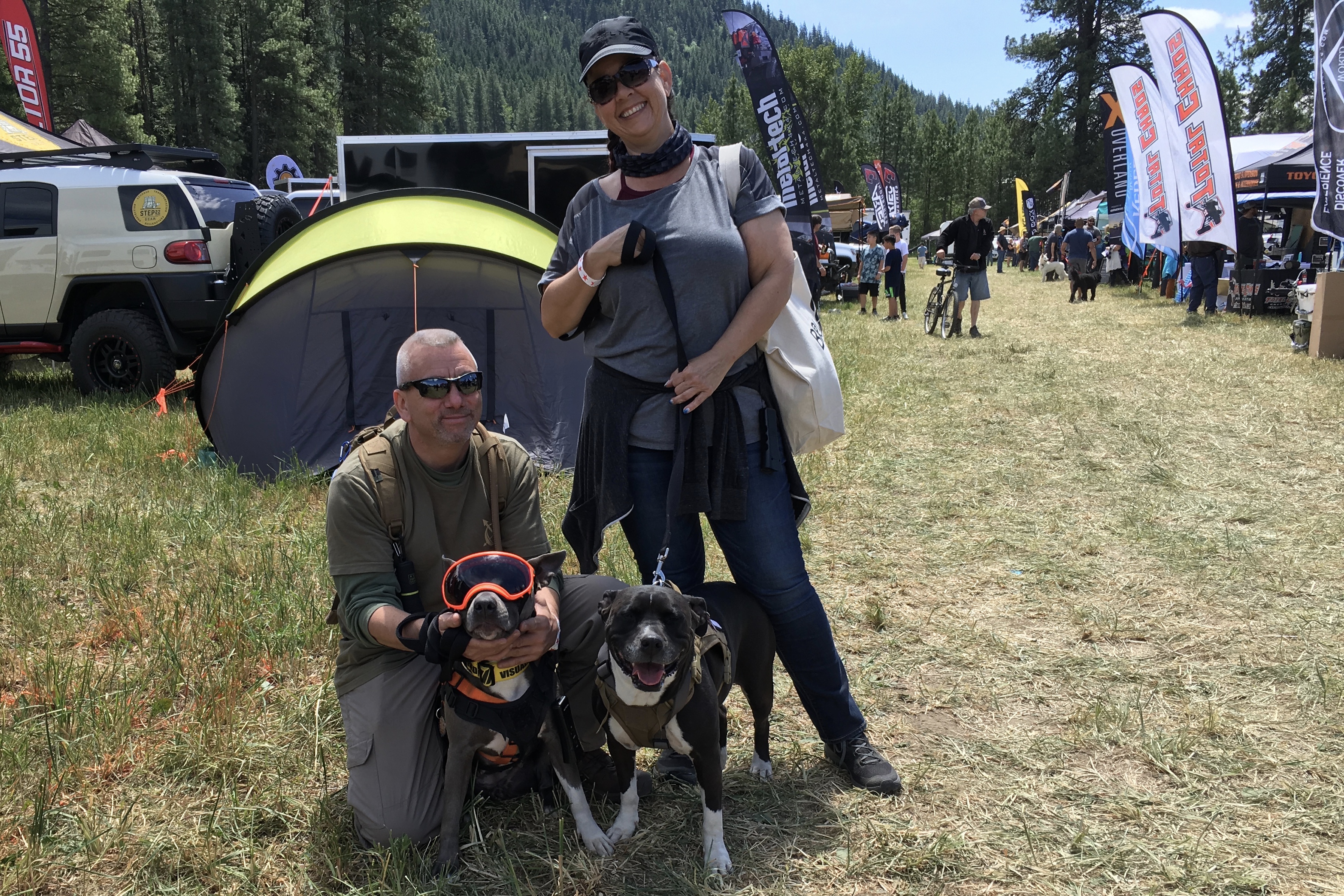 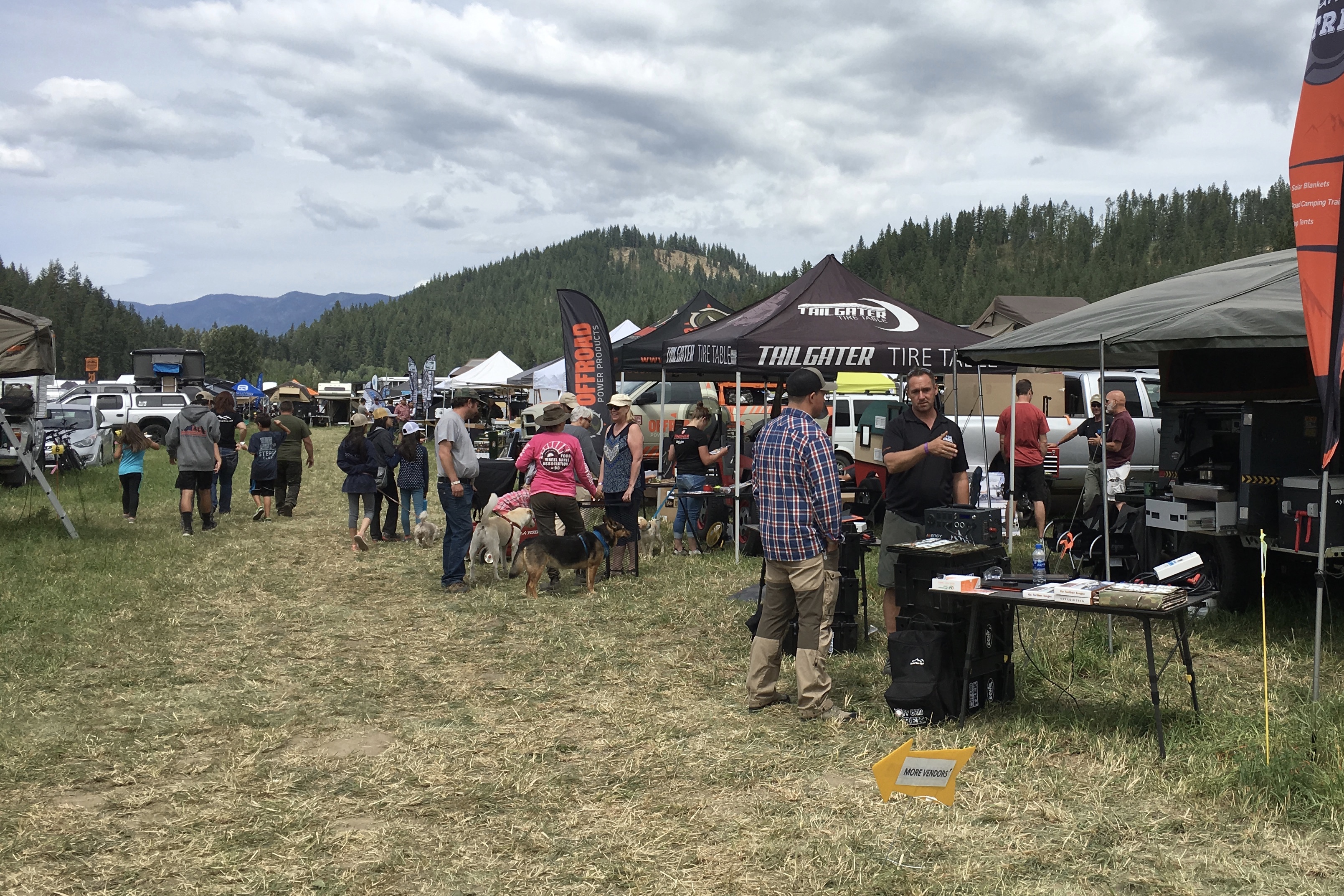 Of course, with any event like the Northwest Overland Rally, it really comes down to the people and the rigs. Unlike larger expositions and shows, the NW Overland Rally offers smaller crowds and more time to speak with like-minded enthusiasts seeking advice and inspiration.

“This was our fourth year and my first year at the show,” explained Stan Kennedy, Director of Sales and Marketing for Four Wheel Campers. “The rally was bigger than I expected, a great crowd, and very different from a normal trade show. The event was more camping involved, more people and family involved, more of a community event of teaching and training and hanging out.”

Mario Donovan, event co-organizer and co-owner of AT Overland, agreed. “I like this show because its not as frenetic as the Overland Expo where you have tens of thousands of people. Here you only have a few thousand and the reason why I like it is that I have time to spend with people. This show is really for the adventure travel community, and less of a commercial trade show environment. It’s more of a let’s just hang out, break-bread, and get to know each other type of event,” he said.

Truck Campers were well represented at the 2019 Northwest Overland Rally with several truck camper companies and truck camper outfitters at the show. Those in attendance included Four Wheel Campers, Mule Expedition Outfitters, EarthCruiser, AT Overland, Warn, Goose Gear, SherpTek, and Hellwig Suspension Products. Of those, the bulk of the truck campers we saw at the show were those made by Four Wheel Campers, Lance, and EarthCruiser USA. We also saw a few Alaskan, Hallmark, Outfitter, and ALP campers as well.

Several rigs worthy of note were on display at the show. The one that probably turned more heads than any other was the aptly named Mule Baja Runner by Mule Expedition Outfitters, a local outfitter shop. This rig, comprised of a Four Wheel Camper Hawk mounted on a single-cab Ram 2500 outfitted with a Norweld aluminum deluxe tray, featured size-40 tires, a spare tire amidships, and a host of other upgrades including an AEV front bumper, AEV snorkel, AEV wheels, and an AEV suspension kit. The flatbed Hawk got the full treatment as well including matching exterior graphics, a 100 amp hour lithium battery, and a Redarc Battery Management System.

Our friends at SherpTek had a Four Wheel Camper on display as well, this time a regular FWC Hawk mounted on a new SherpTek overland truck bed. SherpTek’s new truck bed not only features an impressive 60 cubic feet of storage, including two pull-out rump bins, but it also comes with special truck camper alignment brackets and raised wheel wells that allow the wheels to fully articulate off-road. The versatility of the new SherpTek rump bins were on display at the show as each one was filled to the brim with ice and cans of beer and soda.

Mike Hallmark of Hellwig had a table-load of suspension products on display at his booth along with the Hellwig Operator, a desert camouflaged 2017 Ford F-350 pickup outfitted with a roof-top tent and a SherpTek loading ramp for hauling off-road toys. Hellwig also had Phil Down2Mob’s XP Camper Rig on display, whom we featured in an article we published last week. A prominent YouTuber, Phil’s rig is outfitted a set of Hellwig LP-35 helper springs and with Hellwig’s superb Big Wig Rear Sway Bar, which is still going strong after thousands of miles of off-road abuse.

Of course, anytime AT Overland and Mario Donovan are at an overland event, you’ll be sure to see the AT Overland Summit, the company’s brand-new, lightweight Truck Topper. We were impressed with the Summit’s 340-pound base weight, which falls well within the GVWR and payload ratings of all mid-size and full-size trucks like the Toyota Tacoma and Ford F-150. The Summit is built from CNC-cut and formed aluminum with a bonded honeycomb composite to provide strength and insulation. The Summit, like the EarthCruiser MOD, features a wedge style pop-up with a large bed rather than a traditional “flat-top” pop-up, and can be outfitted with a number of interior mods.

Our Thoughts on the Rally

The Pros: We like the parking arrangements, which separate the “quiet camping” from the “not so quiet camping.” This allows party animals to party like its 1999 without waking up those who are trying to sleep. The classes and instructors were first-rate and we really enjoyed Bob Wohler’s Tire Repair Class, which we’ll have a report on soon. The raffles are a popular and clever way to get everyone together each night and a great way to promote product.

The Con: If we had one complaint, it would be about attendees who insist on running their generators for hours on end. Who wants to hear and smell generator fumes at an event like this? I sure as heck don’t, yet one of our neighbors in a class A motorhome insisted on doing so for two straight afternoon and evenings. We spoke to Ray at the end of the rally and recommended that there be a designated “Quiet Solar Camping Zone” for attendees as well. He liked the idea, so we’ll see if it happens. Other than that, we have no other complaints. We think the NW Overland Rally is a great event and expect its growth and popularity to continue.

If you missed this rally, don’t fret. Ray and Mario will be holding two additional overland rallies this summer, including the BC Overland Rally, 27-30 June, and the Rocky Mountain Overland Rally, 1-4 August, in Gunnison, Colorado.

WE HAVE A FEW OPENINGS. CONTACT US IMMEDIATELY! Due to a few late cancellations, we have a few openings to attend our “Boondocking in the Desert Rally.” This free, inaugural rally will be held at [read more]

The following note was recently received from Lodestone Events, owner and organizer of the annual Overland Expo. It is with a heavy heart that we announce all in-person Overland Expo events have been postponed for [read more]

Oregon-based EarthCruiser Overland Vehicles just announced big changes for its 2020 EXP and FX models, making them even more capable and reliable off-road. According to the press release, a drivetrain consisting of a Vortec 6.0L [read more]